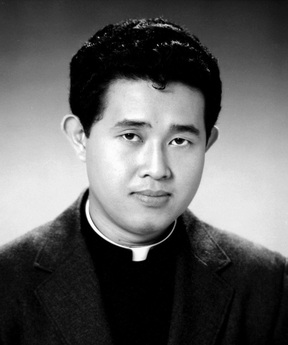 He took a 180-degree detour from his vocation to the priesthood to embrace his artistic calling in the art world.

A Filipino multidisciplinary artist, thinker, and writer, Danny Castillones Sillada is a surrealist painter, sculptor and installation artist, philosopher, bilingual poet, essayist, musician (singer-songwriter-composer), performance artist, photographer, and an amateur indie filmmaker. He is a former columnist and art and cultural critic in Manila Bulletin, one of the leading daily papers in the Philippines.

In 2003, Sillada pioneered in what he called “Nail Art and Hydro-Kinetic Sculpture” during his 2003 one-man show titled “Surreality” at PAG (Philippine Art Gallery), one of the oldest galleries in the Philippines. He integrated his nail art and hydro-kinetic sculpture “Daloy“ in a suite of surreal paintings, drawings and installation art pieces. “Daloy” was mounted on 96 X 46 inches plywood pullulated with nails in the form of the cross and accentuated with splattered red paint. At the lower center of the plywood is a bamboo tube with an ever-flowing water cascading on an earthen jar. The murmuring sound of the flowing water provides a dramatic effect to the symbolic element of the “cross,” a recurring theme in his works.

In 2006, he exhibited another iconic piece titled “Fountain of Life" in Art Center, SM Megamall, Mandaluyong City. Similar to his “Daloy” in 2003, it was mounted on thick plywood, albeit framed and neatly painted in white with a well-defined shape of embedded nails forming a cross. Instead of using a bamboo tube, he inserted a stainless faucet at the lower center of the artwork that continuously flows with red liquid in a transparent plastic container.

His art, according to the University of the Philippines professor and art critic Reuben Ramas Cañete, “is culled from a manifold, eclectic sources, as diverse as his biographical experiences, and the polyglotality of the embedded culture of the Mindanaoan. His works evoke a general air of hyper spatial landscape studded with the more everyday visualizations of terrestrial environments, reminiscent of the surreal hyperspaces of Yves Tanguy, E.M. Escher, Reñe Magritte and Paul Delvaux." (1999 Monograph on Danny Castillones Sillada). Filipino author and art historian Manuel Duldulao hailed Sillada as the foremost Filipino colorist in the country; his paintings are inherently sensual, sensitive, and teeming with vibrant colors.

In a psychological and philosophical context, Sillada’s art, in general, emanates from an existential scuffle yet profound and compelling. His unparalleled power to create is born amid the eclectic and diverse cultures in Southern Philippines and from a repulsive condition that befell his family members—the tragic deaths of his siblings and parents respectively. And like a Sisyphean struggle, he goes beyond and uses his tragedy to conceive and give birth to the compelling and opulent forms and colors of his artistic creation.

As a polymath, he was described as a "Modern Renaissance Man” in a research paper submitted to the University of Asia and the Pacific. “Sillada is the embodiment of a Filipino who defies the existing trend. His multi-faceted attribute in the humanities is identical with those of well-rounded historical figures during the Renaissance period in Europe. He is a visual artist recognized in the Philippine art scene for his paintings and installation artworks, a literary writer who is into prose and poetry, a philosopher, whose writings are akin with existentialism, a first-rate performance artist, and also an art-critic.” (The Life & Works of Danny C. Sillada by Michael Marlowe Uy & Katrina Kalaw, September 2006).

As a philosopher, he is the epitome of the new generation of Filipino thinkers, a critic of culture and a philosopher of humanity, advocating on social justice and moral responsibility in relation to the common and highest good of the society. He writes within the vein of existentialism, metaphysics, theology, phenomenology, epistemology, language, cosmology, and experimental philosophy.

As a bilingual poet, he writes in four Mandaya, his native and vanishing lingua franca, and English, and he also writes in Pilipino and Cebuano. Similar to his short films, his poetry treads on existentialism and the pastoral life of his Mindanaoan origin dashed with magic realist and somber themes: starkly romantic, mystical, satirical, and surreal. Aside from his spoken and written languages, he studied Hebrew, Greek, Latin, and Spanish.

As a musician and performance artist, Sillada was described by a Filipino writer-columnist Juaniyo Arcellana as “a perfect example of art in a public space, part performance, and walking innuendo, straight from the wilds of Mindanao." (Juaniyo Arcellana, Zoetrope: More Art in Public Spaces, The Philippine Star, May 5, 2008).

He writes and composes ethnic songs, Hip Hop, and avant-garde ethno-techno music. He has already launched an album “The Battle Within” (2008), a techno-music with ethnic roots and four singles, a Visayan folk song "Dandansoy" that he arranged in blues harp, ethnic songs “Canta Para Kanmo” and “Ya Uli Da Si Bodie,” and a rap music titled “Bulag,” a political satire about the Philippine politics and politicians.

Born on 27 April 1963 in Mindanao, the Southern part of the Philippines, Sillada was cited as a gifted child in public elementary school. He started painting and earning from his artworks at the age of seven. Subsequently, upon his graduation in high school in 1982, he received an “Artist of the Year Award” in Maryknoll High School of Cateel, then founded by the American Maryknoll Missionaries, later ran by nuns the Religious of Virgin Mary (RVM) before it was turned over to the town’s parish.

At 17, he entered the seminary to become a priest. He finished his AB Classical, majors in Philosophy and English Literature, in 1986 at the Queen of Apostles College Seminary in Davao Del Norte. He obtained his Bachelor in Sacred Theology and postgraduate studies in Pastoral Theology at the Pontifical and Royal University of Santo Tomas (UST), Manila, in 1990 and 1991 respectively. During his stint in the UST Central Seminary, he won the grand prize on the annual “UST Theological Logo Competition” for three consecutive years.

In 1991, then Archbishop of Manila, Jaime Cardinal L. Sin, D.D., assigned Sillada as assistant prefect of discipline and faculty member (teaching the introduction to the Sacred Scripture) in San Carlos College Seminary, Makati City. After his term in 1992 as one of the formators of the Seminary, then troubled after the tragic deaths of his two siblings respectively, he left his vocation shortly before his ordination to the priesthood. In the same year, he pursued his Master of Business Administration (MBA units) at the Ateneo de Manila University (Graduate School of Business) in Makati City, Philippines.

The following year, 1993, Sillada was hired in an HMO company as head of Marketing and Corporate Relations Office. In the last quarter of 1995, then a young executive, he resigned from his promising career in the corporate world to start an artistic profession in the art sector.

In 1996, at the age of 33, he became a full-time artist and literary writer exploring different fields and mediums in aesthetics, from painting and sculpture to installation art, from music to performance art, from photography to short films and documentary, from writing about philosophy to poetry.

In 2003, he received a “Pasidungog Centennial Awards” in the fields of literary and visual arts in Davao Oriental during a 100-year celebration of his hometown since its inception under the Spanish rule. Gloria Macapagal-Arroyo, then president of the Philippines, attended the historic event.

In 2005, Sillada was one of the participants to the Philippine International Performance Art Festival (PIFAF) held in Manila on September 18-22, 2005, with one of his acclaimed solo performances “To Let the Blood Flow (Juramentado).”

In 2009, he held his 13th one-man show at the Philippine Consulate Gallery in Manhattan, New York, featuring and launching a suite of his surreal paintings, a chapbook of poems “Beneath the Nipa Hut of My Native Woman,” and two ethnic music singles “Canta Para Kanmo’ and Ya Uli Da Si Bodie.”

Recently, he was included in Martin Dawber’s book “Modern Vintage Illustration,” composed of some of the best illustrators across the globe due for release in August 2012 by a London publisher. Martin Dawber, an author of several illustrated books on fashion, photography, and vintage illustrations is a fashion and textile expert, lecturer, and a consultant editor for the Routledge Encyclopedia of Contemporary British Culture.

To date, Sillada has already launched 14 one-man shows, both local and abroad as a surrealist artist, and has performed his music, poetry, and live art performances at the different venues in Metro Manila, Philippines. 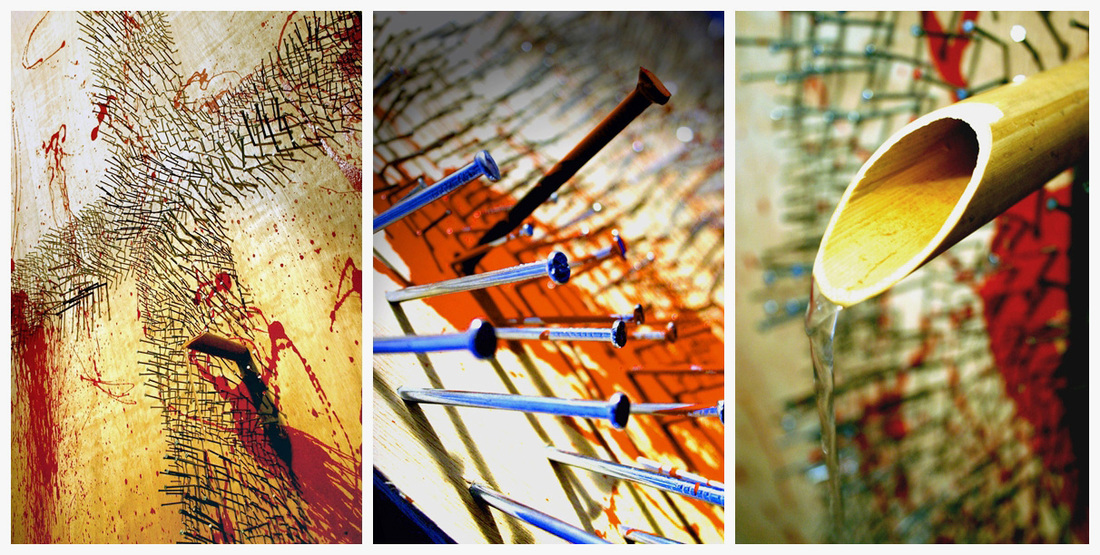