The Poetic Act of Giving and Receiving
by Danny Castillones Sillada 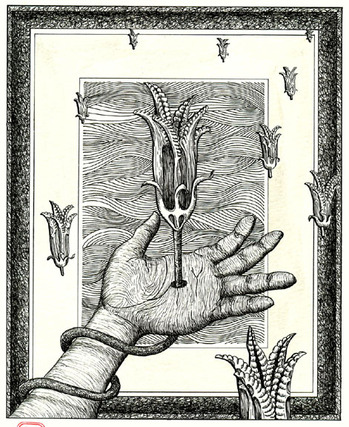 “Giving frees us from the familiar territory of our own needs by opening our mind to the unexplained worlds occupied by the needs of others.”
~ Barbara Bush

We live, generally, in a “give and take” society, so when we stop giving we may also stop receiving. Our social lives, consciously or unconsciously, revolve around this principle: the less we have the less we receive; the fewer our resources the fewer our friends are.

Perhaps, this is the most common misconception of giving: a preconceived notion that it should be reciprocated in return. There is always that implicit condition that if an individual gives to someone, the latter is bound to return the same favor or kindness in any form or manner.

Consequently, giving becomes a meaningless act because of such distorted belief of paying back the supposedly generous deed by the giver. The receiver becomes, in turn, the giver to the selfish motive of the primary efficient cause of giving.

Hence, the receiver, instead of enjoying the object of the munificent act, is restricted under the pretext of returning the favor in due time. In the end, it is the giver, not the receiver, who enjoys the act of giving in a selfish manner.

THE ACT OF RECEIVING

In our day-to-day existence, we normally receive from our loved ones and friends that we trust and love, from a stranger that we don’t know, or from the people that we neither care nor love.  We may also receive from others as a reciprocal token of our benevolent act. And the cycle goes and on depending on our resources and capability to give.

Conversely, not all what has been given is what really the recipient wanted. In the same way, as not all the acts or objects of giving are what the giver desired to give.

Sometimes, we give because we are compelled to do so. We accept because we want to play by the rules even if we don’t appreciate the gesture or the act of kindness being bestowed upon us. At times, we sacrifice our own principle just to appease the majority. But what is the “majority” if every individual acts according to what is morally acceptable in relation to the common good of the society.

Is it a privilege to give or to receive, or is it a duty of every individual to give or benefit from the act of benevolence?

There is a very thin line when and how does giving become a duty or a privilege. It depends on the relationships between the giver and the receiver. If parents give something to a child, it is their duty to give for the well-being of the child. However, if parents give more than what the child needs, it is the latter’s privilege to receive such benevolence.

When people choose or elect a political leader, for instance, the latter is privileged to receive such honor with duty and responsibility to serve the same people rather than his or her personal gains or interests.  Political leaders owe no allegiance to anyone but to the people who put their dream, hope and trust on them to oversee and manage the equal distribution of national wealth and the general well-being of the society.

A business or corporate entity gives something to the society not because it is philanthropic, but it is bound by duty to return the “surplus” of its profits for socio-economic development on the same society where it establishes business with. A government, on the other hand, gives to the society; not because it has a “surplus”, but it is bound by the very nature of its entity to govern, manage and distribute what is due to its constituents.

THE ACT OF GIVING

There are two kinds of giving: (1) conditional and (2) unconditional. In “conditional giving”, the giver sets a condition for the recipient in order to continue giving; otherwise, if the condition is breached or violated the giver will stop giving.

Here, the act of giving is provisional, a “give and take” agreement, which demands the active participation of both the giver and the recipient. Violation of such agreement will result to the cessation of the act of benevolence. It is tantamount to say: ‘I’ll give you something, but you have to give me also something in return so that I can continue giving’.

In “unconditional giving”, on the other hand, the munificent gesture is purely an act of freedom and charity by which the recipient is not required to return the favor (material or non-material). In other words, there is no moral and material obligation for the recipient to reciprocate what has been given because the act and the object of giving are bestowed with no given set of conditions whatsoever.

The recipient has a freedom to do what has been bestowed because it is the desire of the giver to seek what is good for the receiver in the context of freedom and charity. The recipient may or may not appreciate or reciprocate the object that is being bestowed, yet it is the munificent act in unconditional giving that is consequential rather than the object itself.

In essence, there is something in the act of benevolence which is more sublime than the material aspect of giving or receiving. That something is characterized by an encounter in grace by which, according to an Austrian-Israeli-Jewish philosopher, Martin Buber, two souls meet and address each other as “I-and-Thou”, as persons, rather than “I-and-It”, which considers the other individual as a thing.

THE INTRINSIC BENEFIT OF GIVING

That sublime act of losing is the poetic act of giving in which the giver finds new meaning in another being, who shares the same value on the object of the munificent act. The very essence of poetic gesture is losing in “sacrifice” so that others may find it, seeking its own channel in love and charity, benefiting both the receiver and the giver.

Once a benevolent deed is bestowed upon the recipient with no string attach or condition, the act of charity is completed. The completion of the act benefits not only the recipient, but also the giver because the very nature of charity is about sharing and commitment for the common good of the receiver.

A person who lives in charity is a person who does not dwell on material things, but on the precepts of “Summum Bonum” or the highest good. For every act of kindness toward others, with no given set of conditions, is always an act of charity toward the common good of the individual and the society.

Every act of kindness that comes from the members of the community returns to the same community, benefiting both the receiver and the giver of the benevolent act. Charity lets the positive energy flow from inside and out, and that same positive energy becomes the source and basis of all the positive energies to be lived, shared and experienced by every member of the society in faith, hope and love.

To sum, everyone, rich or poor, can be a receiver or a giver of the act of munificence, but in every act there is always an equal responsibility for both the giver and the receiver to use such benevolence for the highest good of others and the society.

In loving or in giving, the feeling of selfishness melts with meaning, transforming and bringing the individual to the heights of being one with humanity. It gives a reassurance that the person is no longer alone in his or her struggle because every struggle becomes a communal effort toward the common good and ultimate happiness of the society.